Have a look at our project 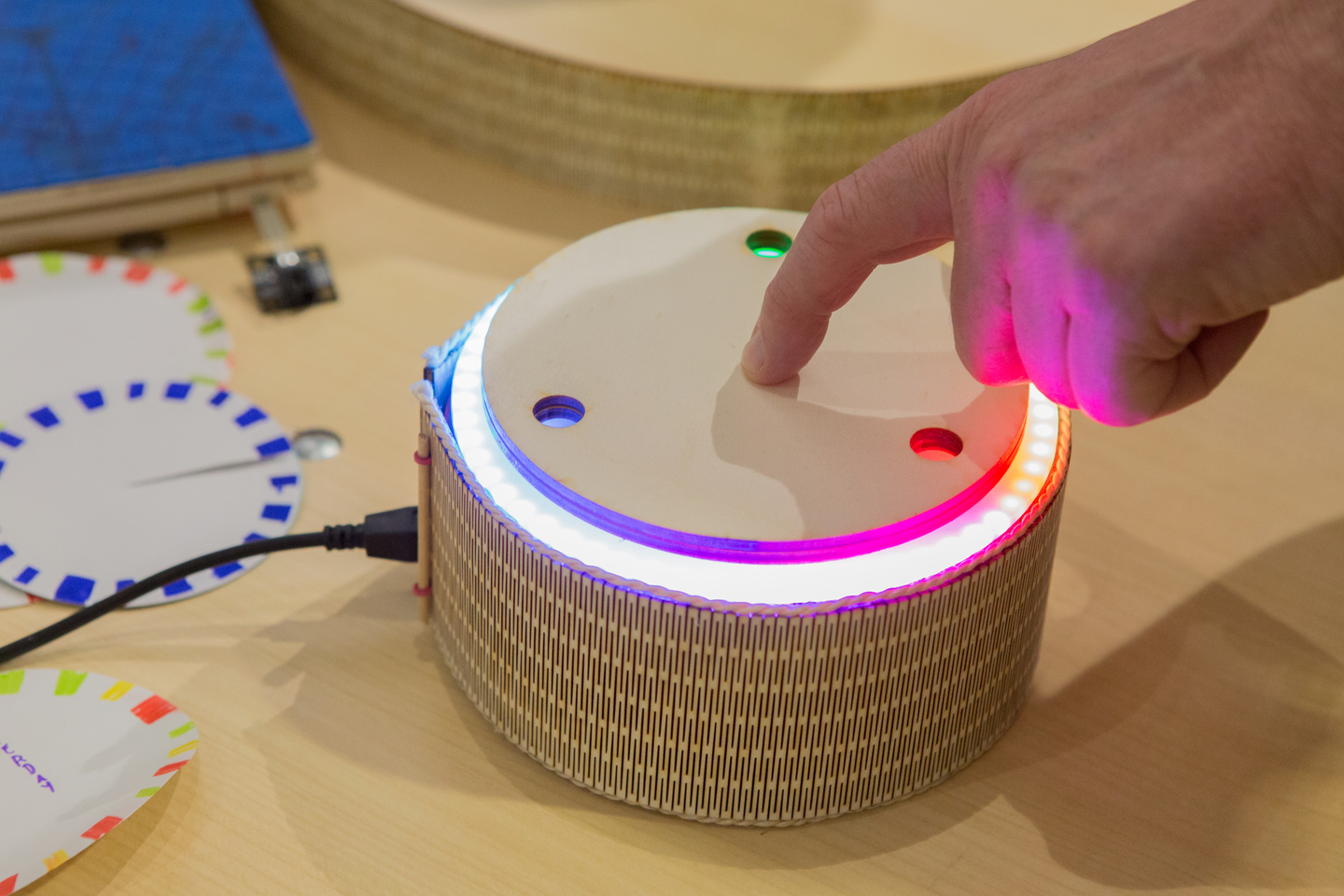 The students started with the vague challenge to improve health and promote peoples’ well-being using smart objects. After conducting interviews they focused on a problem also known from literature: the high prevalence of insufficient sleep among young adults as a consequence of pervasive use of phones. In particular the phones are present in bedrooms, which prevents the young adolescents from sleeping because of incoming messages and the need to react.

The student team came up with Halexa, a round wooden placement area for the phone that keeps track of the phones use and supports people to set aside their smart phones in the evening. A LED circle indicates how successful the user was in keeping their fingers away from the phone in subsequent days. It also asks for the user’s mood and measures the duration of sleep. By doing so, it reminds people of the influence of phone use as sleep distractors and supports behavioural change. Halexa was built as a fully functional device on the Arduino platform. Its housing is constructed out of MDF on the laser cutter. The students also provided DIY instructions to let every maker participate in this invention.